A few of our children have been partaking in some lovely observational drawing of wild animals. After looking closely at books and toy animals there have been giraffes, zebras, lion cubs and tigers carefully marked out on paper. The animals have also had some realistic colours added to them, bringing the drawings to life. 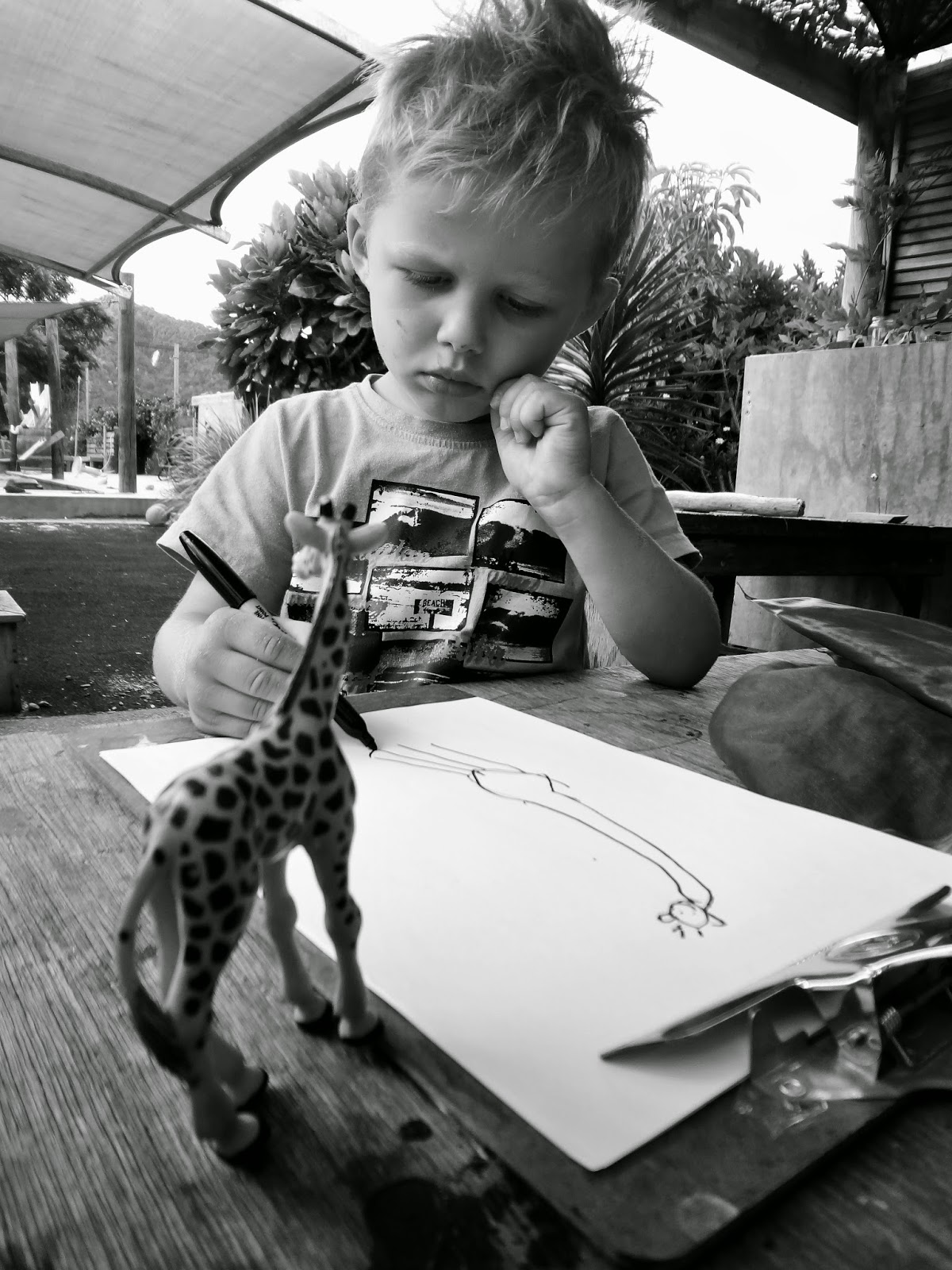 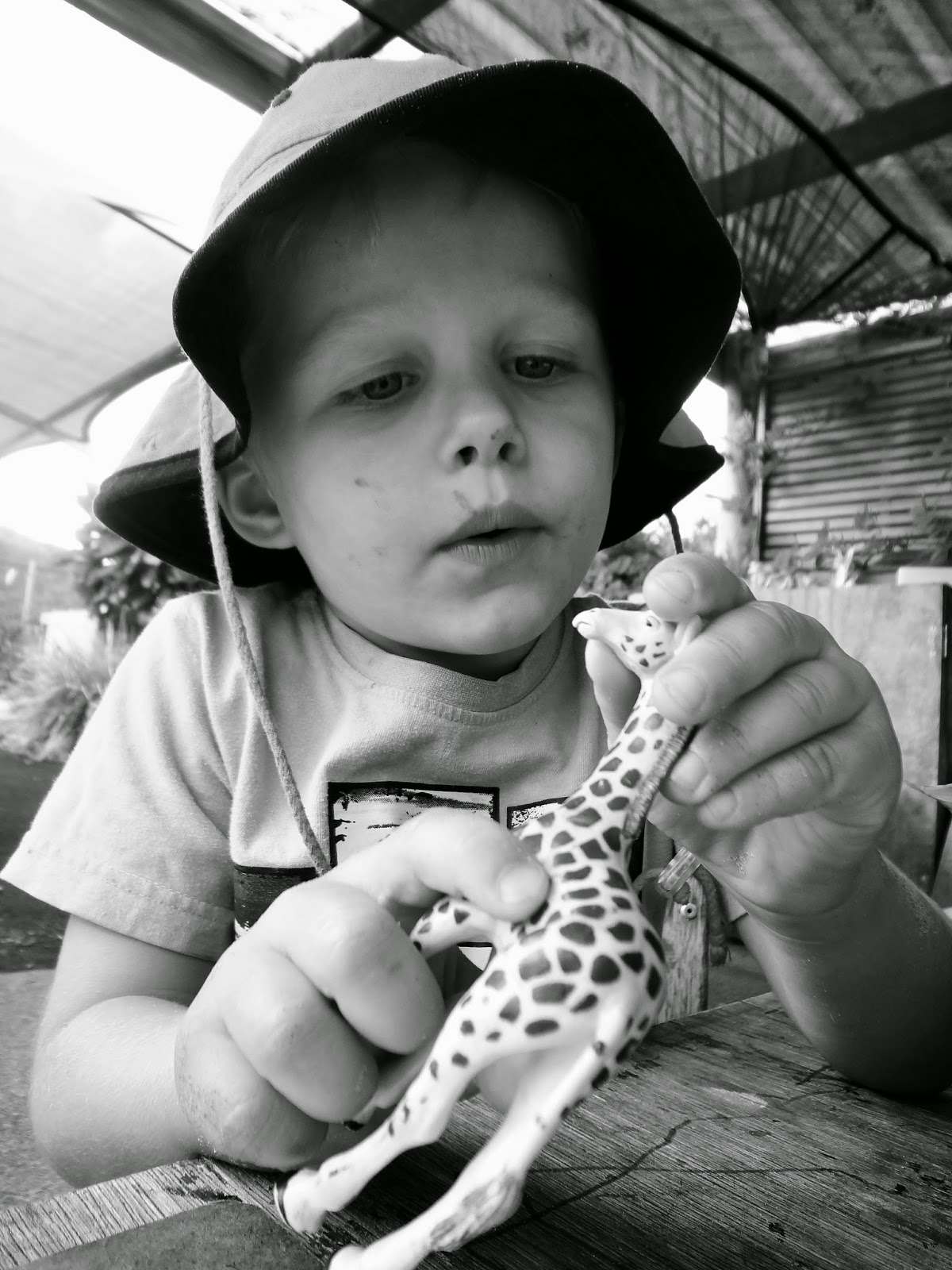 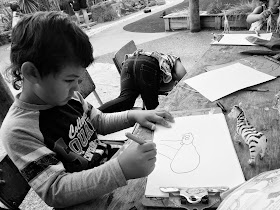 The children utilised a lot of skills during the drawing of their animals, including making observations of what they could see and then putting pen to paper to represent this. They had good control over the marks that they made on the paper and thought carefully about how these marks could create a picture that would represent their chosen animals. Their wonderful pictures inspired others to give this experience a go, which in turn meant that they were having a positive influence on their peers learning and development, as well as their own. 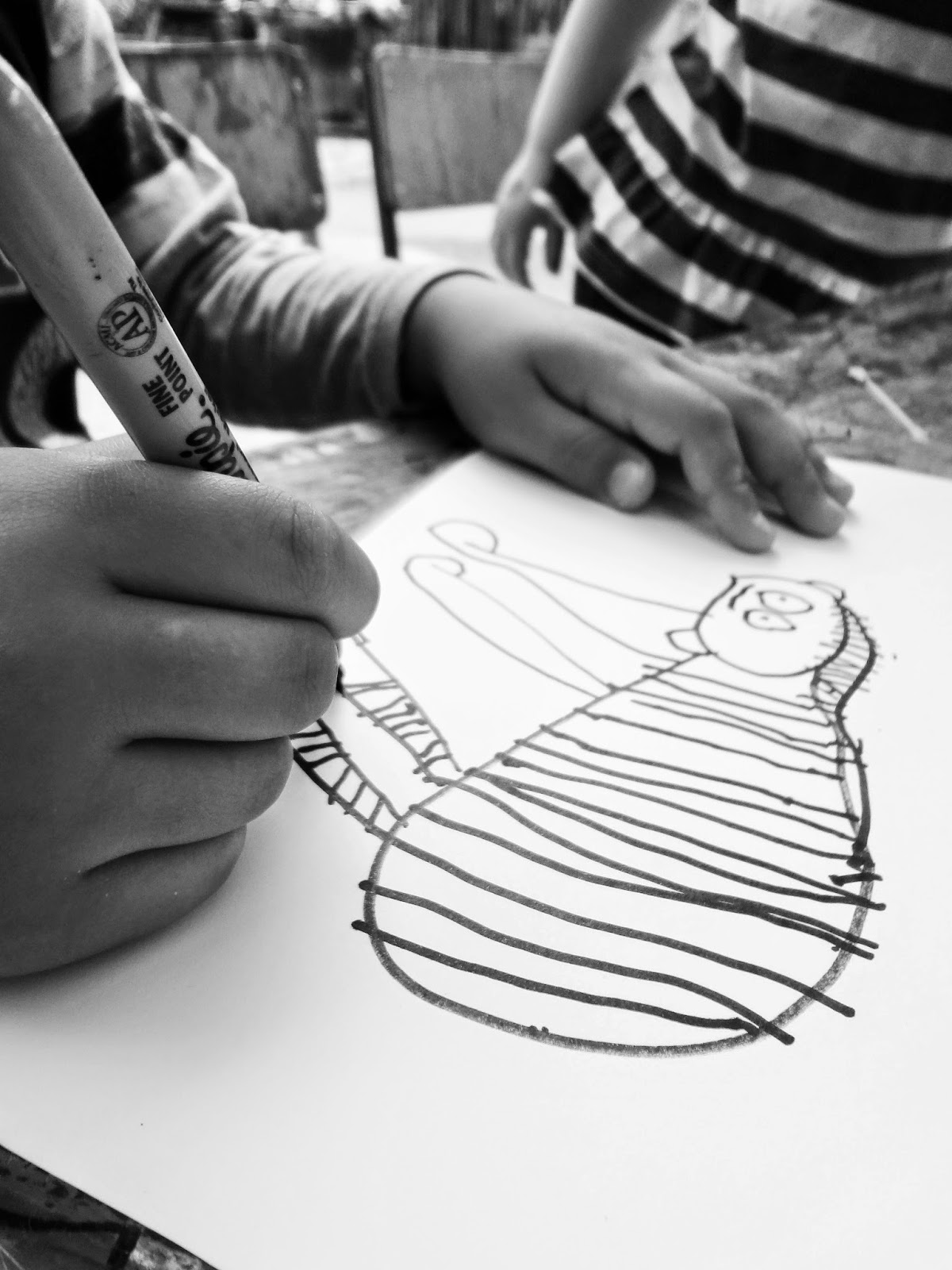 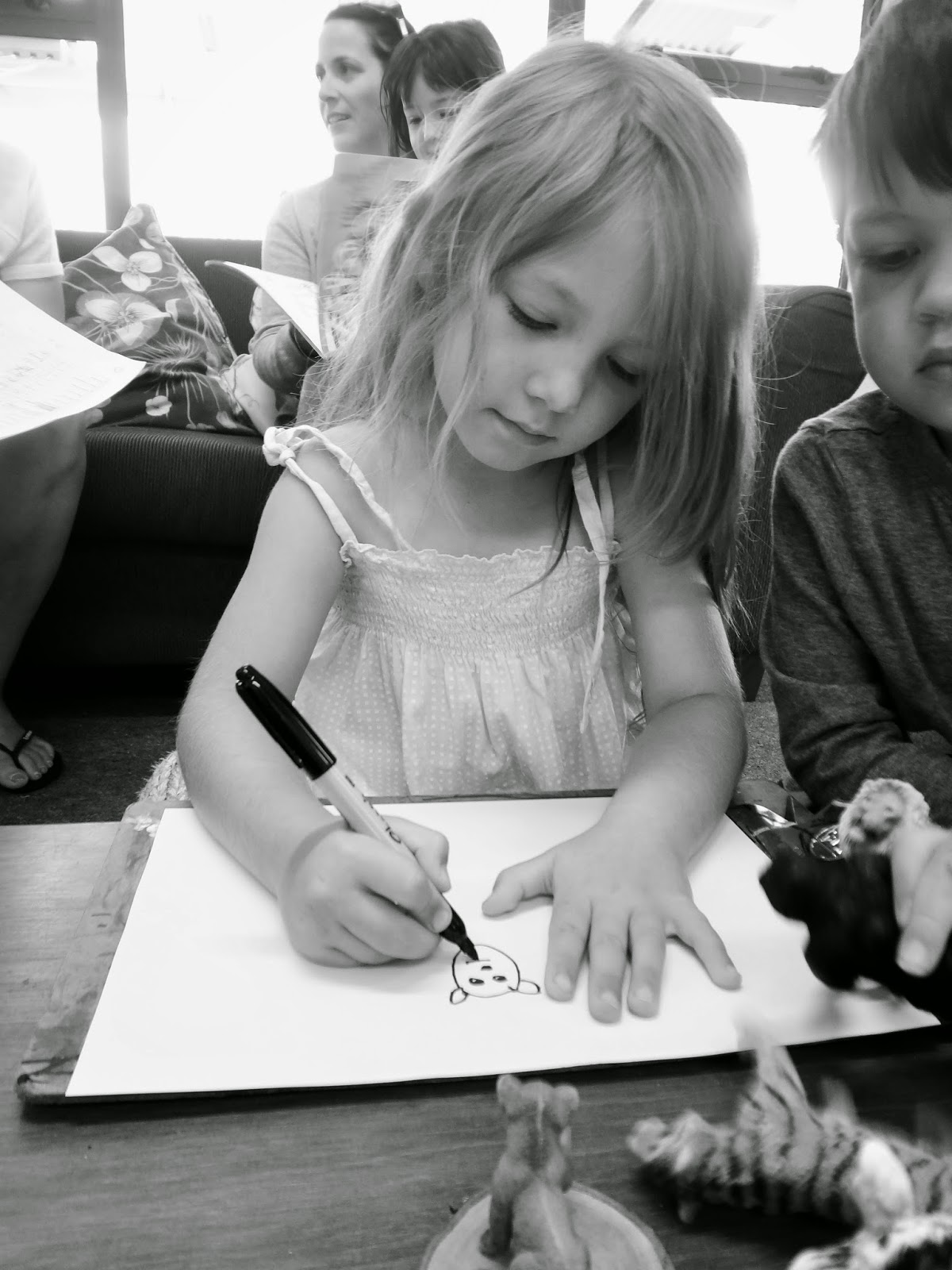 Observational drawing invites children to look closely at things and to notice all the details. In turn it encourages children to make more intricate drawings than they do from memory alone, often leading to joyful discoveries. It is part of the process of ‘learning to see’.”  (Kolbe, 2009) 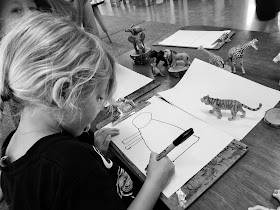 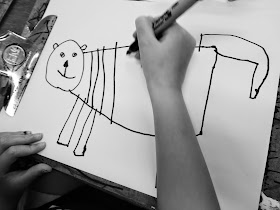 To extend on this interest the children were invited to transform their beautiful pictures into 3D clay models. Once again there was lots of observations and discussions of ‘what they could see’ before they each began their creations. 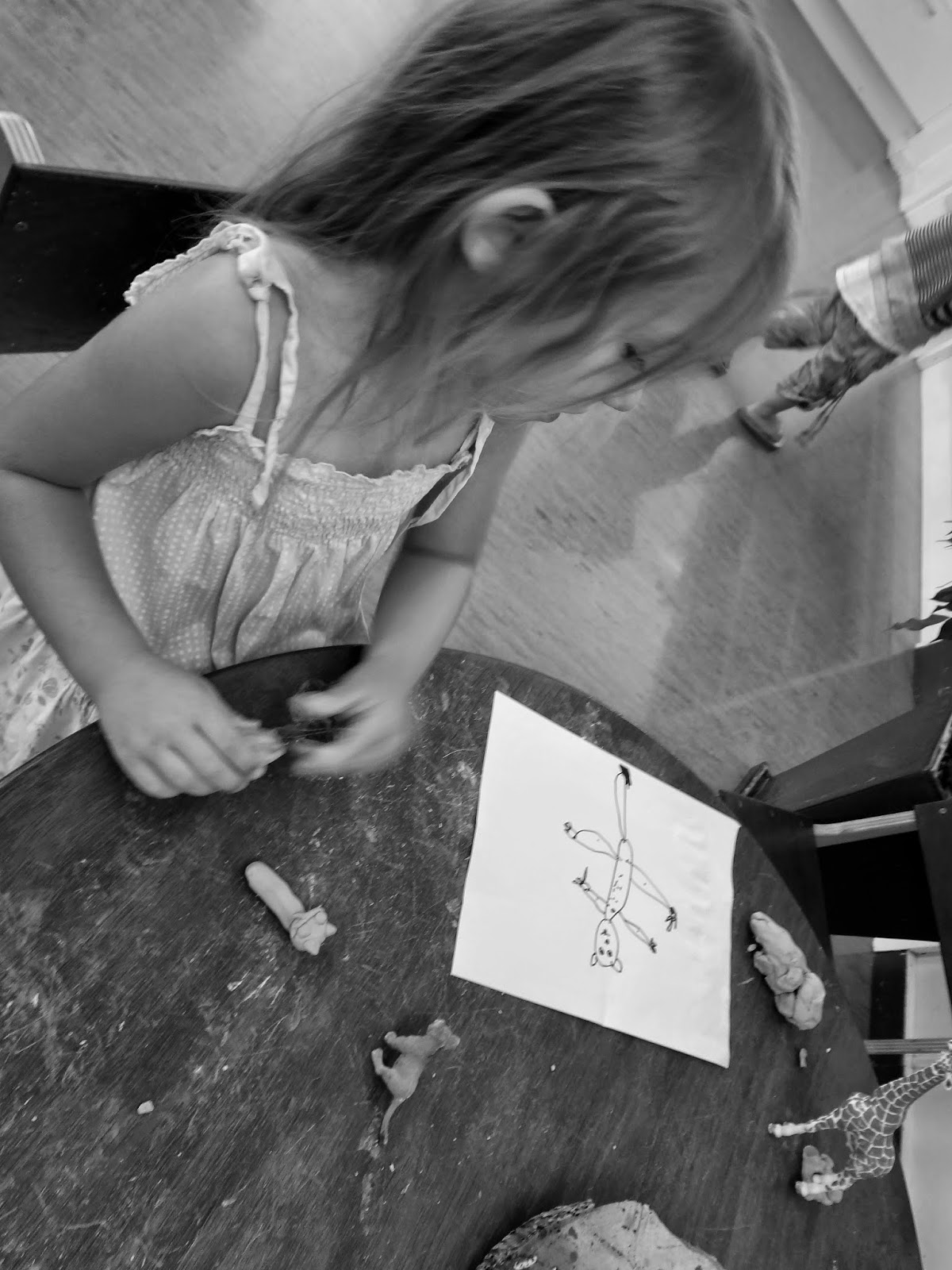 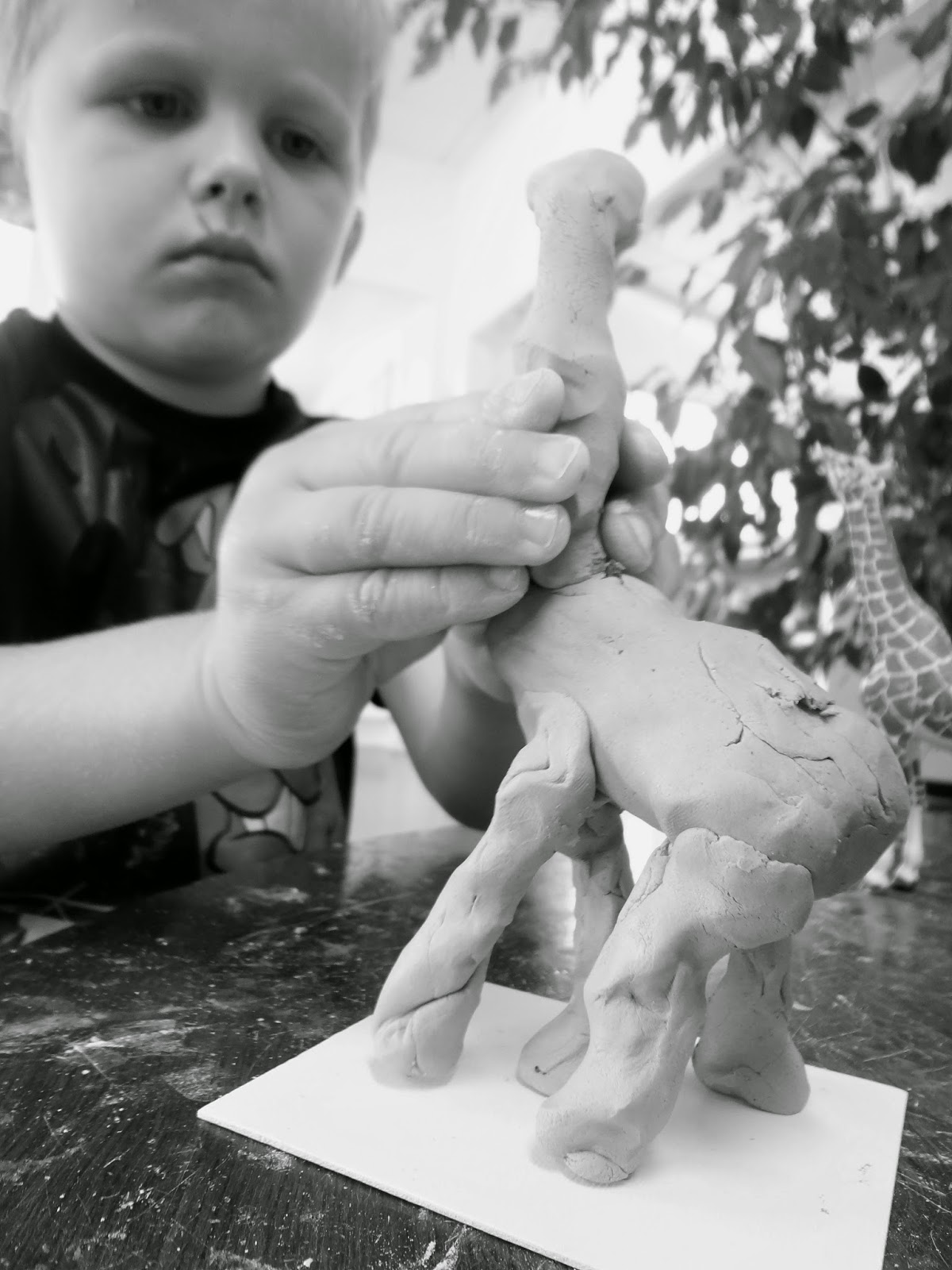 “Clay work can be a language for exploring and communicating ideas. Like drawing, clay work enables children to make their ideas visible – but in three dimensions” (Koble, 2009)

Suggestions were made as to how the children could use the clay to make their animals. During the process of creating the animals I talked to the children about how they can use the clay to form different parts of the animals bodies; legs, torso, ears, tail, head etc. I also chose to role model some of these techniques. A technique the children found useful was when I showed them how the use of small sticks inside the clay is a great way to help hold the body parts upright and together; before long they had made some wonderful animals. Once they were dry I then invited the children to paint their clay work which they did with lots of concentration. Their work was then put on display and has been a source of inspiration for other children who have seen this wonderful work. 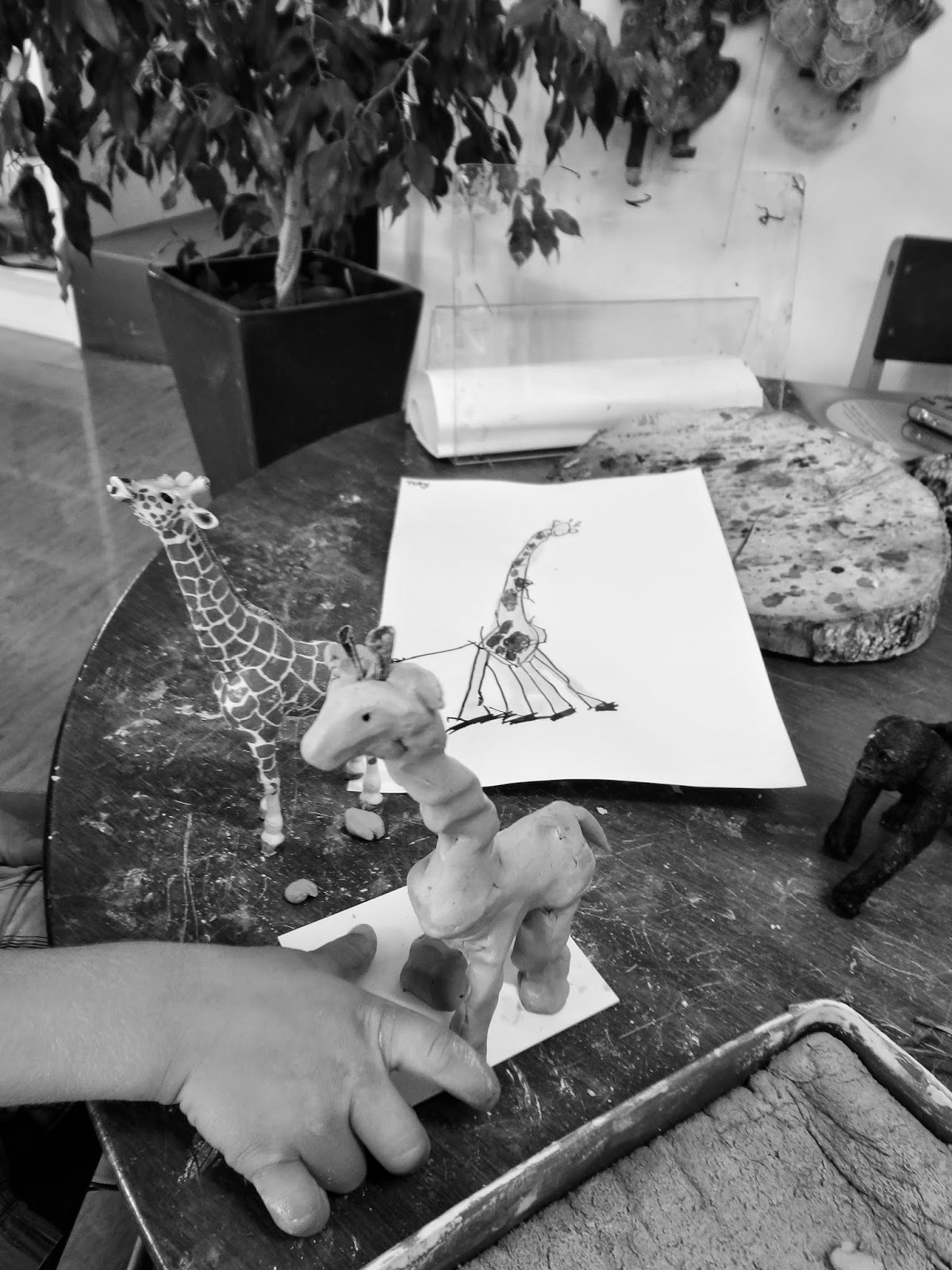 Clay is a malleable resource that can be easily manipulated into three dimensional forms.There are also lots of skills used and developed on when working with clay. An example of this would be the children's fine motor skills as they worked carefully to shape each body part and then put them together. It takes dexterity to mould clay whilst also allowing the children to represent their thoughts and ideas in 3D. They concentrated hard on what they were doing through-out the process of bringing their pieces of clay to life. Sometimes when they were rolling out the body parts, such as the legs, they would break, but the children all persisted with these difficulties and kept on working hard at their creations 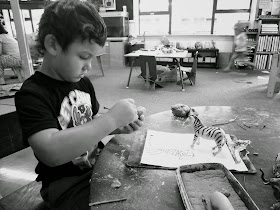 This art process encouraged concentration and thinking carefully about what the children were each noticing about the animals. The marvellous creations are evidence of all the time and energy that was put into their work. 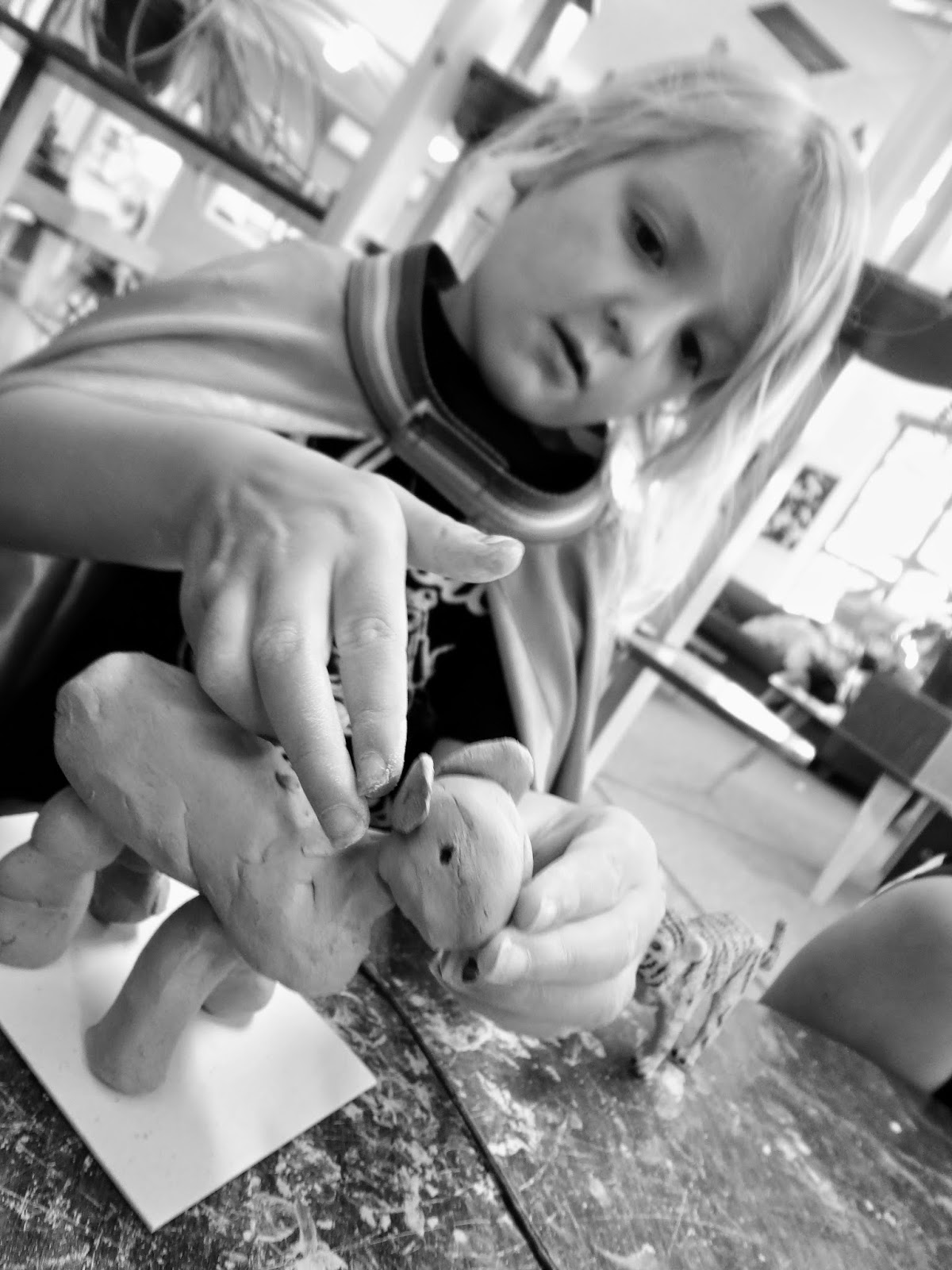 “Clay work can be a language for exploring and communicating ideas. Like drawing, clay work enables children to make their ideas visible – but in three dimensions”
(Koble, 2009) 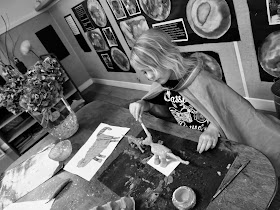 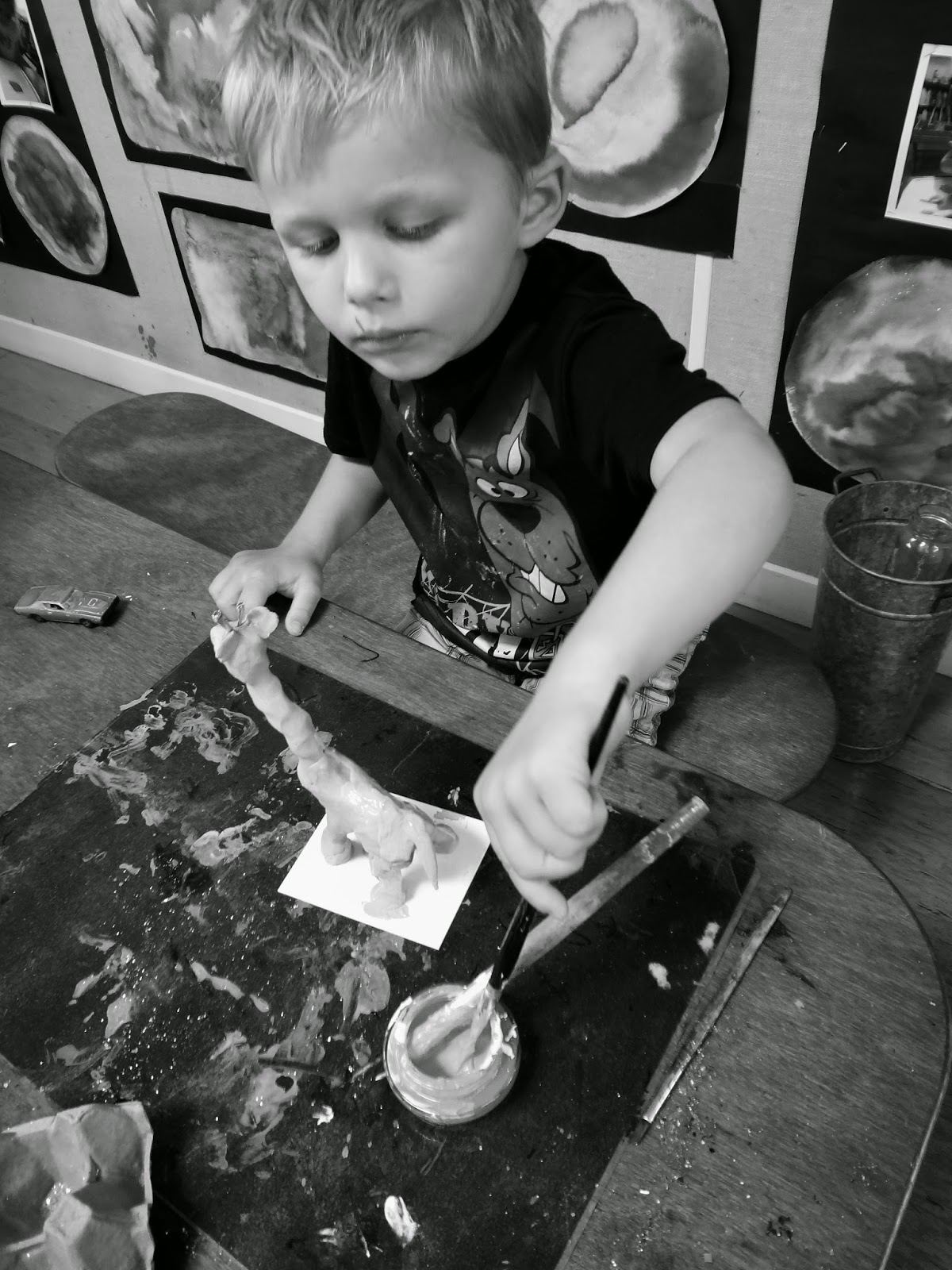 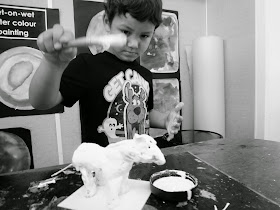 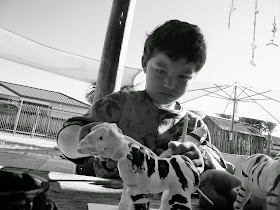 By inviting the children to engage in this clay activity they were able to extend on their interests. Watching their ideas and drawings transform from paper into a 3D clay model created much delight for all. 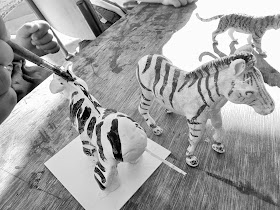 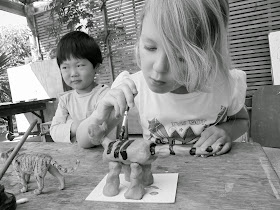 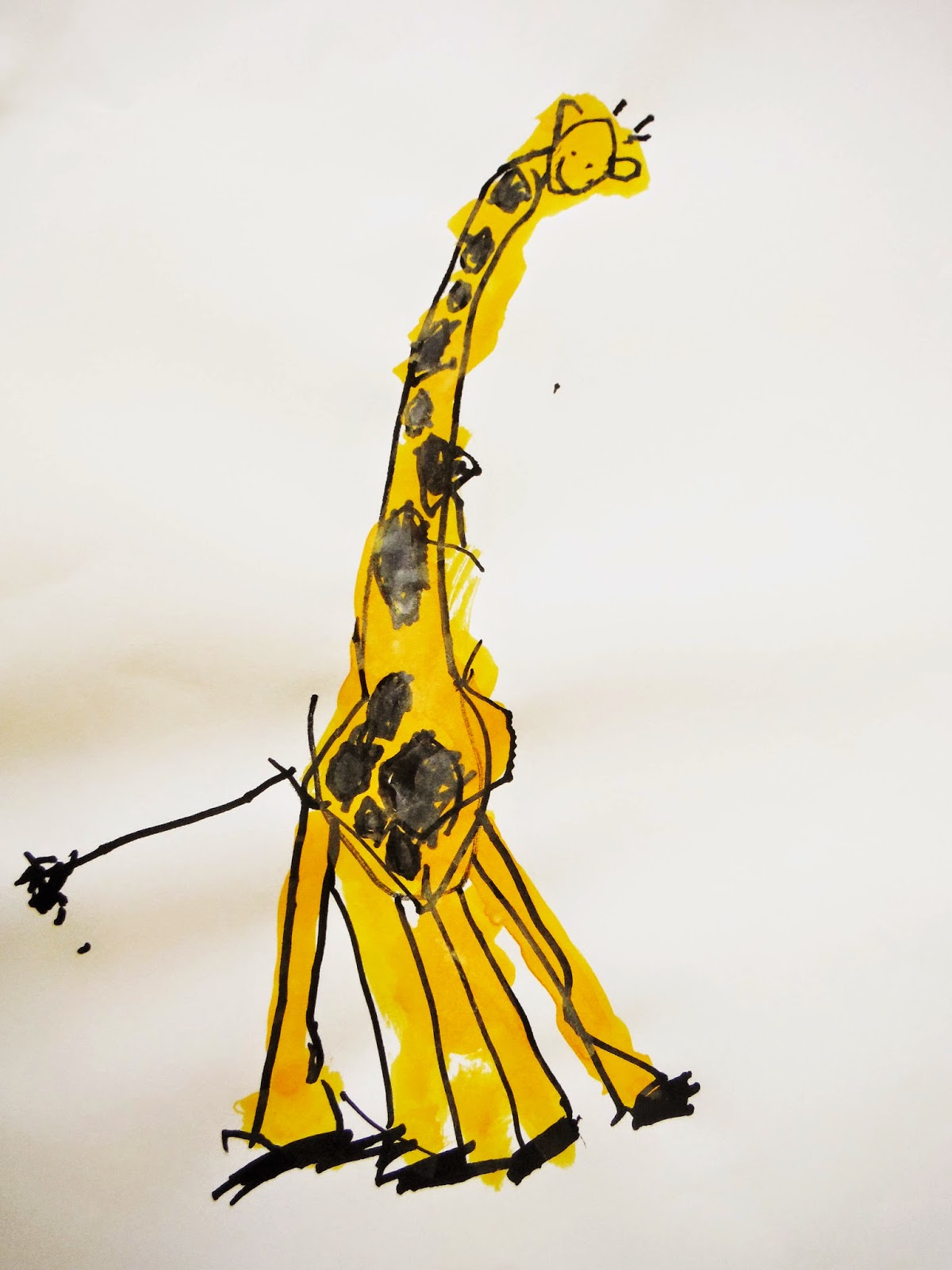 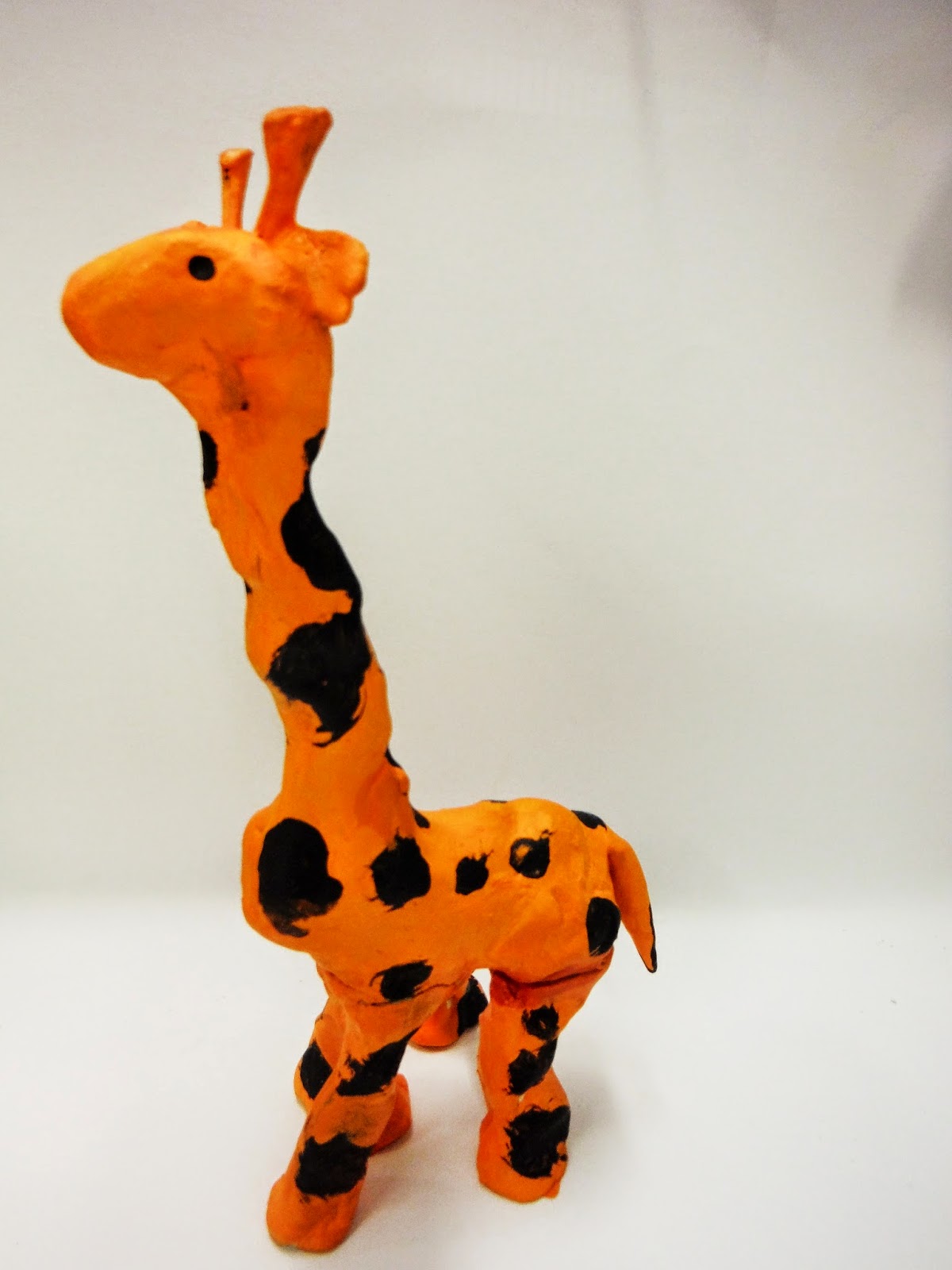 Toby's Giraffe
"My Giraffe has such a long neck and so many spots. I saw that it has horns and a tail and fours legs as well. I think my giraffe is so cool and my Mum will think that too." 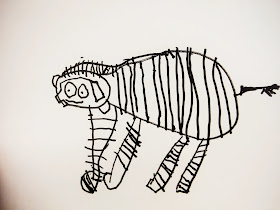 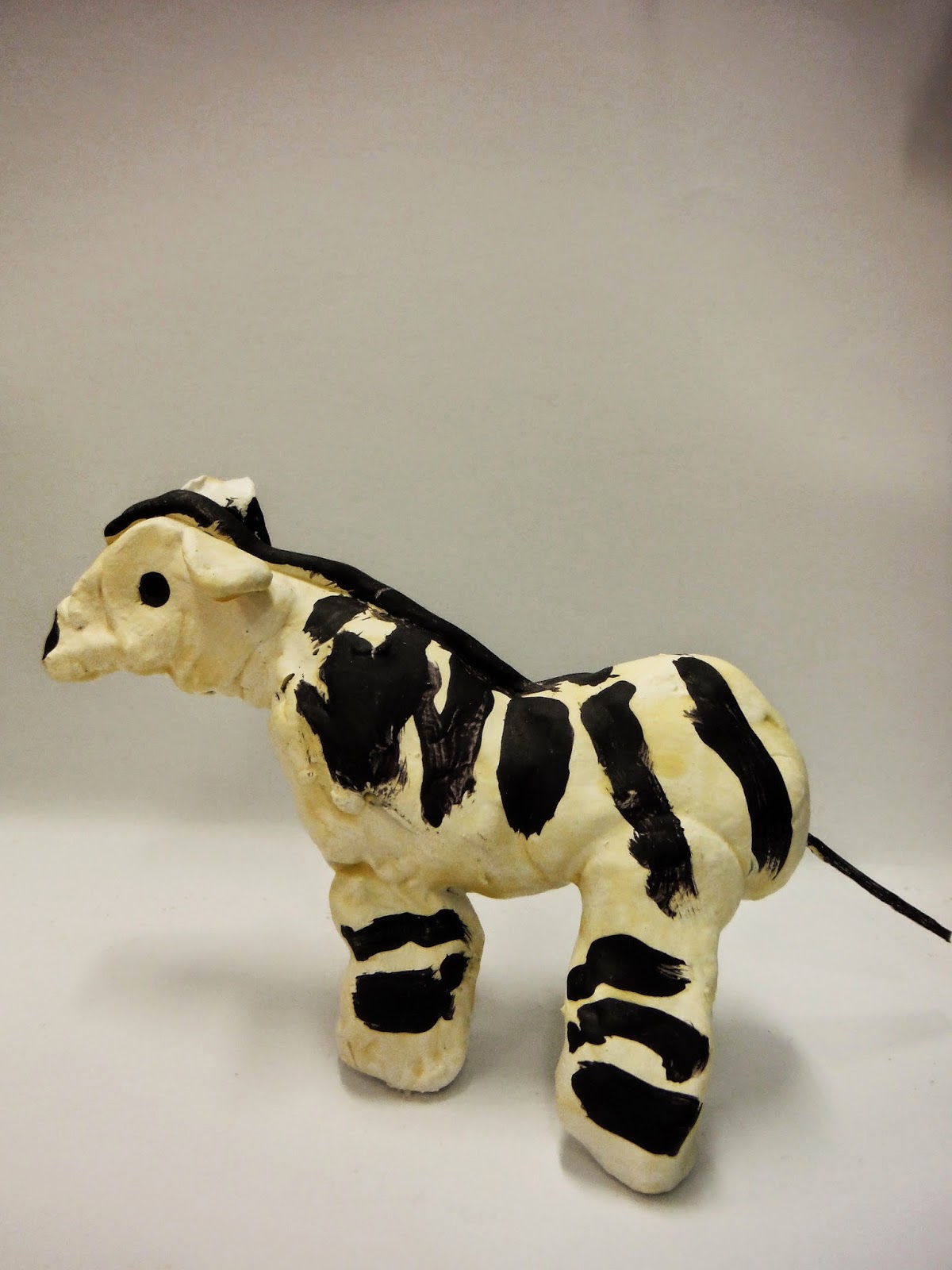 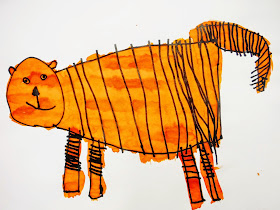 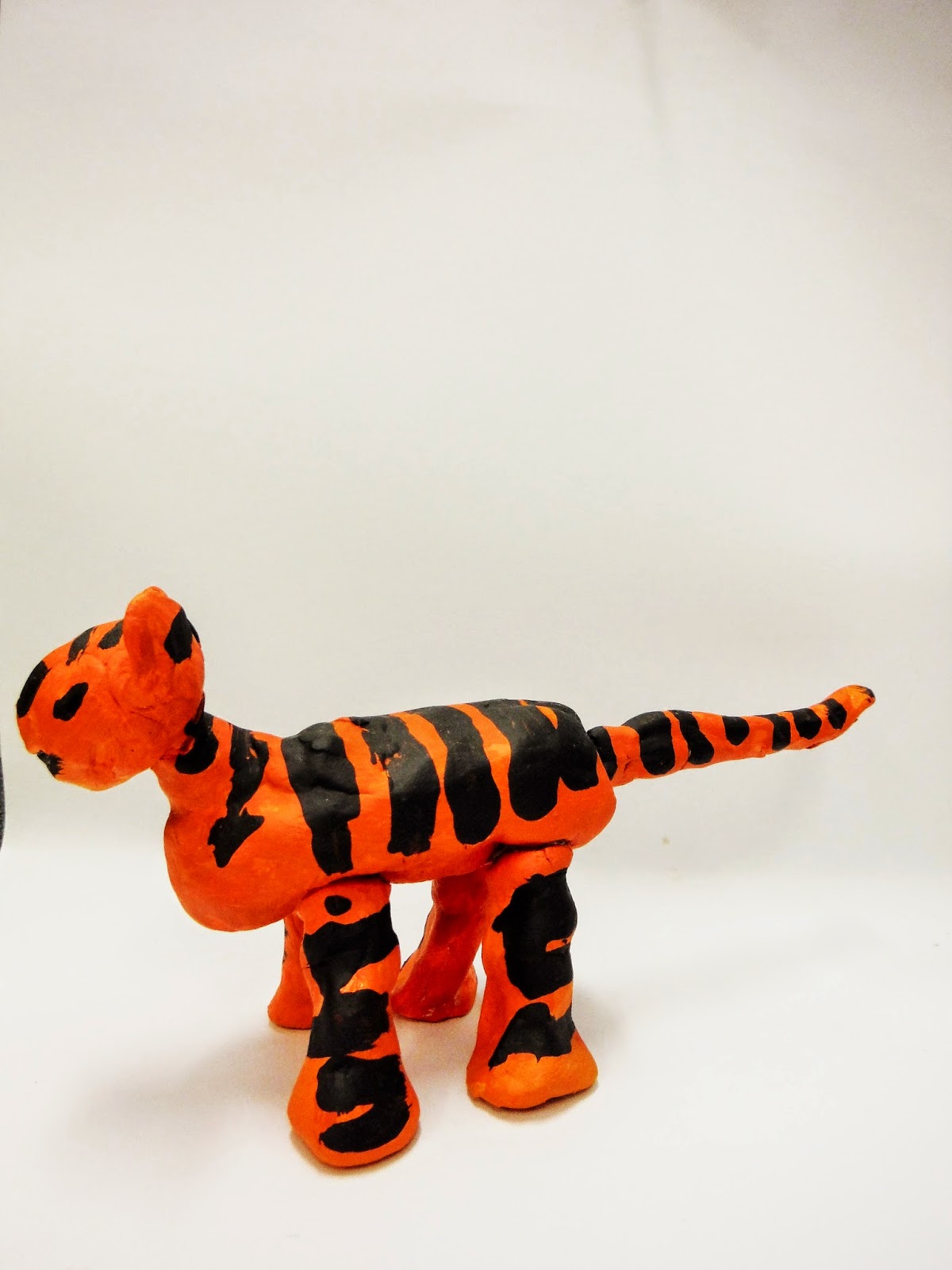 Sharlotte's tiger
"My tiger is very stripy because I saw the stripes when I was looking at it. When I paint my clay tiger I'm going to put stripes on that too, just like my drawing." 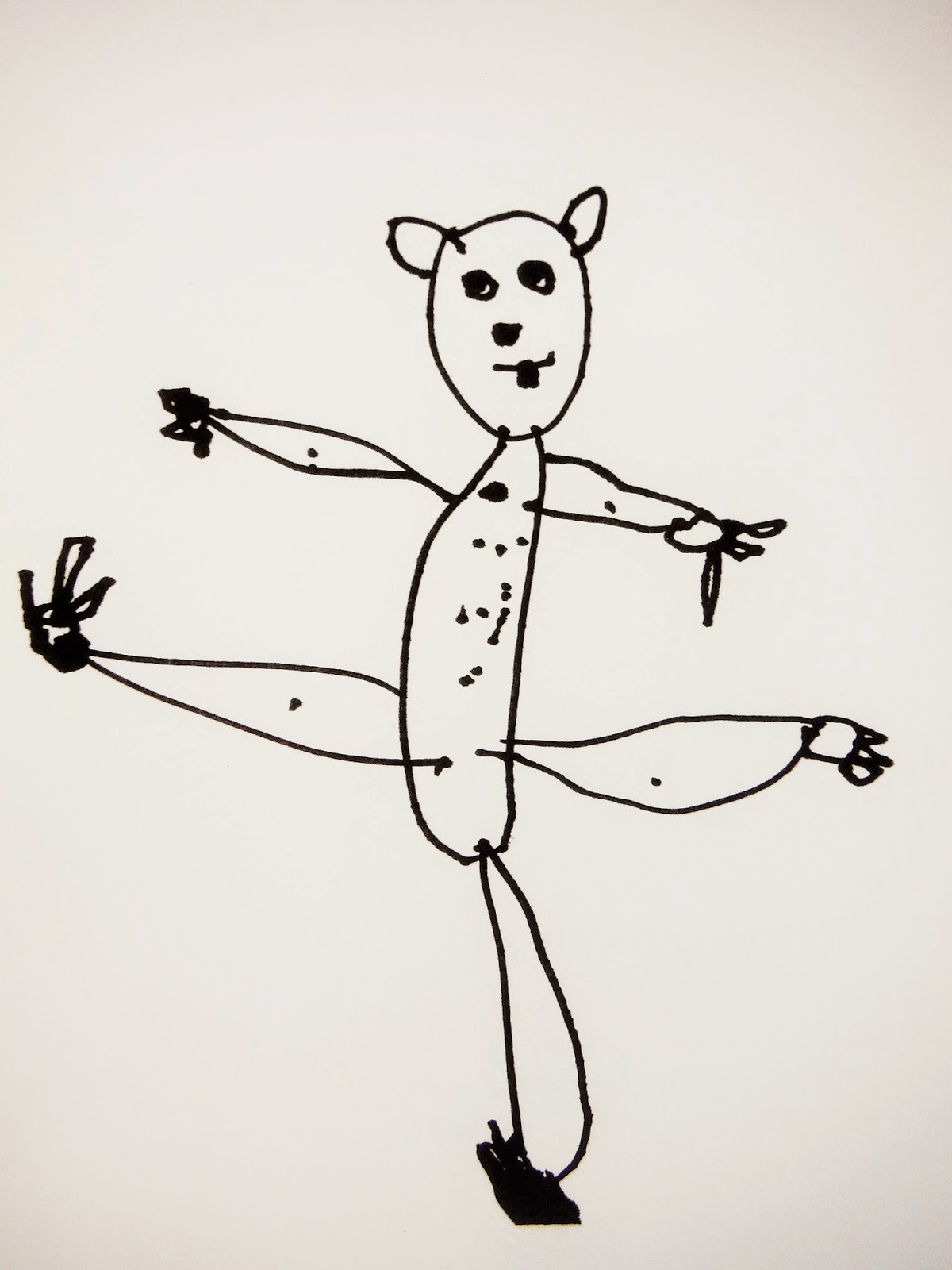 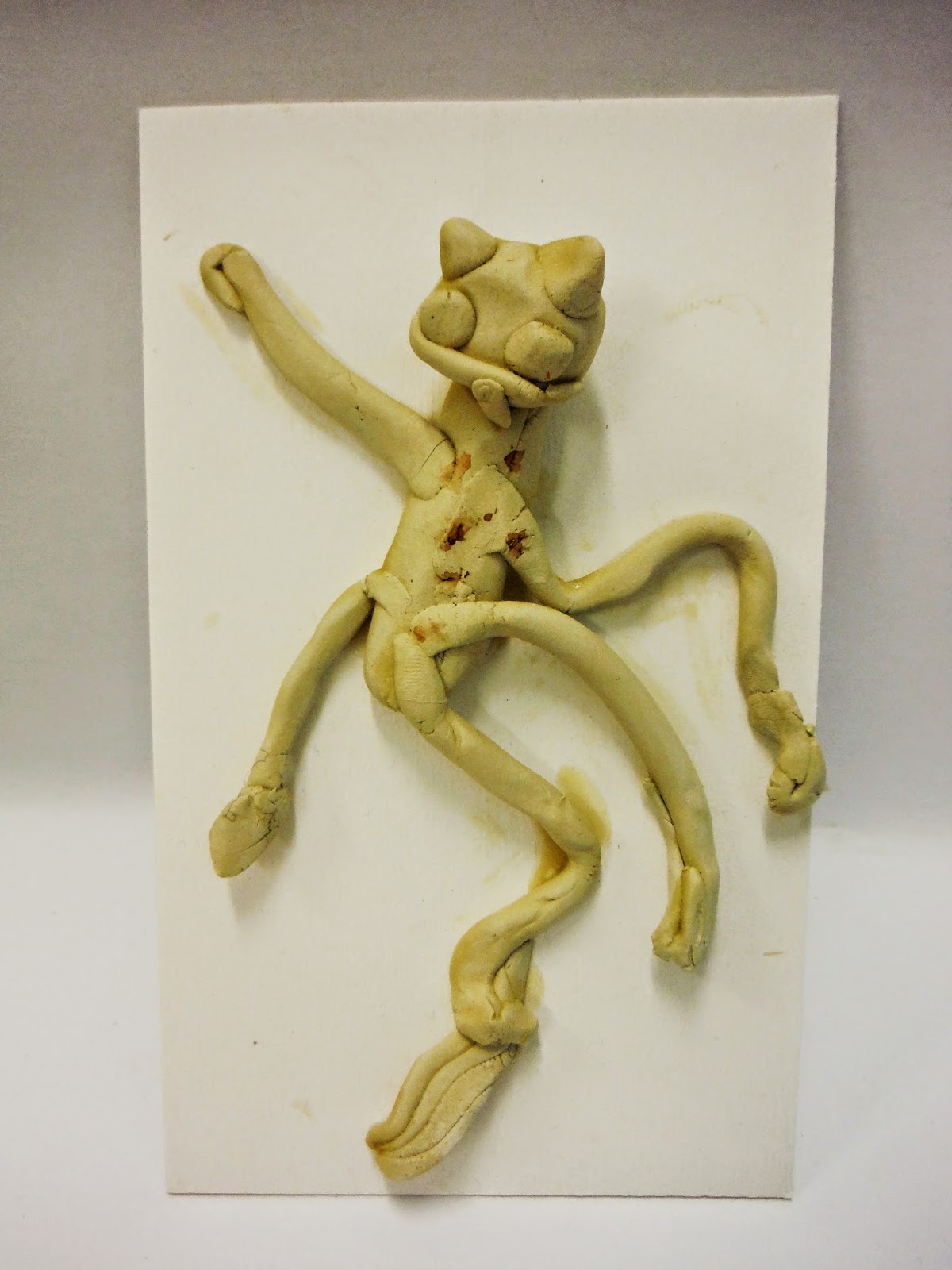